We have been producing self-adhesive labels for 27 years and we are sticking to it. During this time we have grown into one of the largest printing houses in the Czech Republic with a wide range of products.

We supply our products to a wide range of customers. Each industry solution has its own specifics and special needs. The experience gained over the lifetime of Colognia press is our unique contribution to the professional cooperation we enjoy with many diverse clients.

We use the best machines in the world, operated by true masters of their craft. And it shows in our quality.

Waste revolution in the Czech Republic is coming. What changes can we expect?

More than half of municipal waste in the Czech Republic ends up in landfills. But that will soon be over. 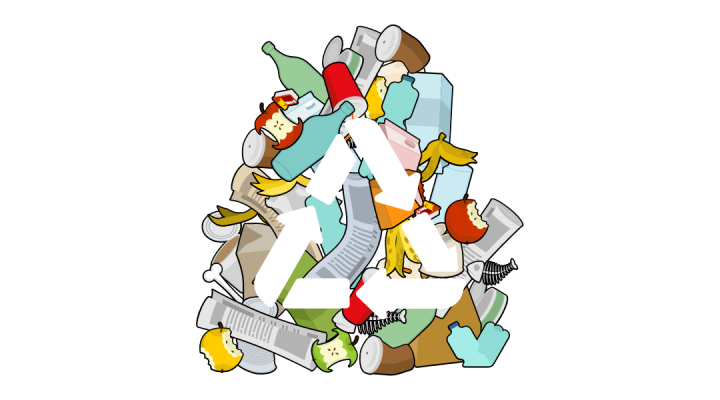 At the beginning of December, the Chamber of Deputies of the Czech Republic approved a package of laws on new waste legislation of the Ministry of the Environment, which brings vigorous changes in the Czech waste management system. Thanks to these changes, we should be able to achieve the mandatory European goals within the so-called circular economy.

From landfilling to sorting and recycling

The main impetus for the creation of new legislation is the relatively ambitious European targets for increasing the sorting and recycling of waste and the associated reduction in landfilling. As is well known, the Czech Republic, like other EU member states, has committed itself to recycling or materializing at least 55% of all municipal waste by 2025. Five years later, even another 5% more. According to data from 2019, there are currently recycle only 41% in the Czech Republic.

The amendment to the Packaging Act, which was also updated as part of the waste legislation package, emphasizes packaging as such - especially its environmentally friendly appearance and its better recyclability. For these reasons, the concept of "eco-modulation" has been introduced. This should motivate manufacturers to use packaging solutions that have a minimal negative impact on the environment. In practice, this means introducing a range of fees for placing packaging on the market, which will favor the very environmentally friendly packaging methods.

Eco-modulation will undoubtedly significantly affect the entire packaging industry, and therefore our print house as well. That is why we will approach the eco-modulation concept in more detail in the next article of the series called “Sustainability”. This blog article will be published early next year.

Do you need advice with regards to technology, finalization or anything else?
Call +420 321 752 111 or contact our experts.